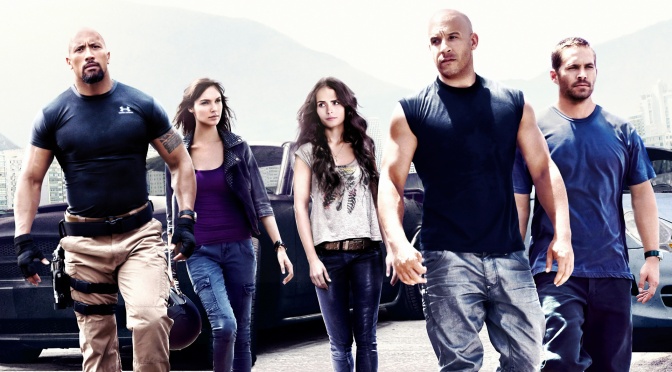 There’s a lot of hype right now about this movie. And I tell you, this movie is nothing but a disappointment.

Today, we are so ahead in the digital age that you can create virtually anything out of your imagination. Proportionately, movies have gone bigger and better in terms of visual appeal. But you cannot ignore the rest. Movie making is an art. We all know that. And all that depends heavily (if not fully) on the art of story-telling. Fast and Furious 7 badly missed its mark.

The story is simple. History catches up with the main characters and they’re all in trouble. (Hardly a surprise when you’ve got 6 movies up on your roster.) Like in all stories, a secretive government agency comes forward to help in return for assistance with a problem. The rest of the story is just like you imagined it would be. This is a common template employed in a lot of action flicks and this movie is no exception. So what’s the problem with that? Everything.

There are so many ways you could pull off a rescue mission (I’m no expert but anything is better than the one shown here), especially when it involves a single convoy escorting your single target. So how do you approach the problem? Air-drop five really fast cars from a C-17 Globemaster and proceed to plan. So what could go wrong?

Because that would be cool now wouldn’t it?

The second time this movie makes you face palm is when Dom decides to throw himself and his car off a mountain. And after falling down hundreds of metres he makes it out with a only few bruises (to make it realistic!)

How do you escape a killer when you’re at top floor of a skyscraper? You drive through the window into the next building! (Oh yeah, there was a car on the top floor.)

You didn’t think a broken arm was going to stop Dwayne Johnson from making an entrance did you? I never knew you could fix a broken arm yourself by breaking off your plaster with the same arm.

It’s not like nobody was hurt. It’s just that except for the main crew, everyone else gets shot or killed despite the fact that most bullets were fired on the crew.

After all of that, I actually would have been disappointed if this didn’t happen. I’m sure that this is going to be best part for all those little girls who believe in ‘the power of true love’ when Dominic is revived with some loving words from his wife while she embraces him with tears.

Fast cars and massive engines are a must in this movie. There’s no denying that. But by now, all those have lost their charm.

What I mean to say is that before it was about racers and the cars. And I mean their cars. Before, the focus was really on the vehicles and their riders, always eying their prized possession like it was their own child; always working on them, always racing with them. They bled and sweat only for this and everything else was just background noise. Each and every car completely reflected its creator. It was magical.

But the makers made it clear that the franchise was headed for a different direction and the current line of movies are more about heists and violence. Still it was almost annoying to see the heroes get a million dollar sports car wherever they went; be it Abu Dhabi or the Big Apple- there was always more than five hundred horses waiting for each of them.

Even still, you can’t really get pissed if you see a Lambo even if it’s for the hundredth time. Ferrari, Maserati, Lamborghini, Aston Martin, Bugatti, and so many others. Put these names together, and you’ve got a hit in any case. The directors definitely didn’t shy away from showing all these pretty ladies, with actual ladies. No matter how bad the plot, this will always put a smile on your face.

Basically F&F is a teenage version of the James Bond formula: fast cars, expensive tastes and really hot women (in this case, scantily clad and lots of ‘em.) It’s safe to say that there were more girls than clothes in this movie and that was what kept me into the movie for most of the first half. Strangely, every girl in this movie in any role whatsoever is a stunner but hey, no one’s complaining. In all the six Fast & Furious movies, you always get the same setting- wide open spaces under the sun, with hundreds of cars, and lots of booties; and it never gets boring.

Acting was thrown out of the window in Tokyo Drift but fortunately the later parts didn’t follow suit. Even then there’s nothing worth mentioning here because the characters are completely based on the actors so it’s more about screen presence than real acting. In movies like these, it’s the character that adjusts according to the actor. Dominic Toretto is Vin Diesel and no one else. Brian O’Conner is Paul Walker and officer Hobbs is Dwayne ‘The Rock’ Johnson and no one else.
And Having said that, Dom and his team totally kick ass.

For me, it didn’t click so nicely. Mainly because after nearly two hours of disappointment, a tribute would have little effect no matter how well done. But if you speak about the tribute only, it was actually really well done. The last few minutes were dedicated to the late Paul Walker, and the farewell really struck some chords. [Spoilers] It’s when Brian separates from Toretto as the road divides, you really feel the loss. Paul Walker will be missed in Fast and Furious, there’s nothing else to say. This was a great tribute to the man and what he gave to the franchise.

This movie is like the biggest release for any fan of the franchise and because of Paul Walker this movie holds a really special value. It was another reason for me to go see this movie and also because I wanted to see how the movie makers managed to digitally add him in almost half the movie because his accident took place in the middle of production. I got to say, I didn’t notice a thing. A commendable work by the creative people of the visual effects team.

Lots of cars, lots of girls and lots of explosions. If you’re a fan, this is a MUST watch and for anyone looking for some outrageous stunts and violence, look nowhere else. But be warned: if you try to find logic here, you’re going straight to psycho-land. Furious 7 is breaking box-office records for all right reasons.