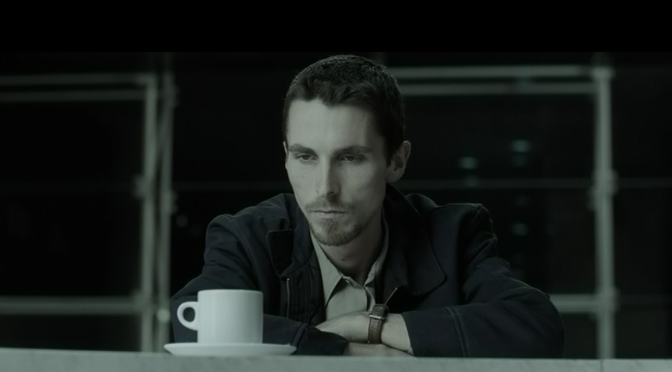 Super.
Its movies like these that remind us that there’s no actual limit to creativity. Nowadays Hollywood is running poorly in that area and movies like The Machinist just manage to keep our hopes up. I’m glad I haven’t read the synopsis or anything about the story beforehand. That helped to keep the suspense going.

Right from the start, the movie has a very dark feel to it. There is little hint as to what the story really is about; something that I got to know only at the very end.

In the end, the story was pretty simple. Storytelling is an art and this movie is proof as to how something quite simple could be turned into something so extraordinary. This movie is filled with metaphors and visual references, all linked to one another. One thing the audience will definitely note during the movie are the sequences where the lead experiences repeated episodes of déjà vu. All of these ultimately help us appreciate the intensity of Trevor’s inner turmoil and how he tries to cope with all of that and how he eventually succeeds. Impressive writing here. Hats off.

The acting was top notch. Malnutrition-affected Christian Bale was perfect as the lead. He played his character, Trevor Reznik very convincingly and looked really tired for the whole movie. Supporting actors were also great but my favourite character here was the antagonist(?) or just the ghost of Trevor’s own imagination, Ivan played by John Sharian. This guy managed to fool me completely by the way.

[Spoiler] This was the only movie I have seen in my life where our perception of a character changes so many times. I mean like right from the start, for almost the entire length of the film I thought Ivan was the main villain here. The source of all the madness that ensues in Trevor’s world. Later, and for the most part, that guy seems like a ghost (which he actually was, kind of) but still the bad guy. And then you realise that he’s just a vivid imagination in Trevor’s mind of his own darker subconscious. And in the end, you finally realise that he’s the main hero in the movie. The one who was trying to help Trevor all along. His inner conscience. I mean this was a real roller coaster and I doubt I’ll find another character like this again.

The background score was very powerful and plays a very crucial role in creating the atmosphere of the film. In fact, most of the scenes are actually quite simple shots with nothing unusual happening. But the music always gives you an impression that things weren’t right. And they never were.

This movie is something you don’t often. Works like these come only once in a while and only then could you really appreciate how impressive an achievement they are. This is a near masterpiece.