The Man from Earth is a 2007 indie film with a fan following even today, especially among the intellectual circles. I recently saw this as a recommendation from my friend, and I found the movie quite interesting, to say the least .

Although I found the premise interesting, the movie underwhelmed me overall.

In my opinion, the movie had everything right. The drawback was its execution. The acting, screenplay, the direction, most of these were just plain bad. In fact, we’re better off reading their conversations instead of watching the movie, literally. 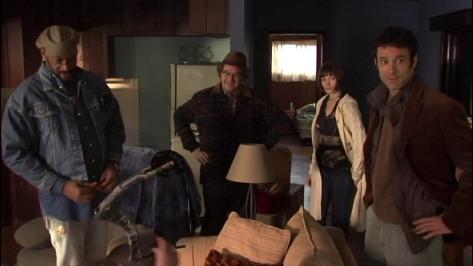 Had this movie been done right, I could’ve really focused on the discussion among the scholars. I could never get inside the conversations. Instead, I was literally seeing a guy act like a guy telling stuff.

But all that aside, the discussions were interesting and varied enough (although there’s substantial room for details), and was the real reason I could crawl through the entire movie.

But this version of religious history is very appealing to me, and I think is the primary reason why some will like it while others will not. As DVD Verdict put it, “one’s opinion of the film would be shaped by views on religion.”

People might also argue that in a movie like this, you have little room to improve upon, but movies like 12 Angry Men and Gone Girl go to prove how important acting and screenplay are in movies like these.

The Man from Earth is a refreshingly different take on science fiction (fictional-history to be exact) and is sure to take the viewer’s interest provided the acting and screenplay don’t distract you too much. Overall, a good pick for anyone remotely acquainted with a particular version of world history.